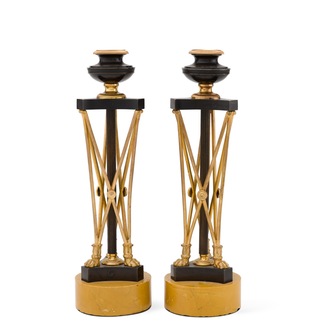 The Regency era of British history officially spanned the years 1811-1820, though the term is commonly applied to the longer period between c.1795 and 1837. King George III succumbed to mental illness in late 1810 and, by the Regency Act 1811, his eldest son George, Prince of Wales, was appointed prince regent to discharge royal functions. When George III died in 1820, the Prince Regent succeeded him as George IV. In terms of periodisation, the longer timespan is roughly the final third of the Georgian era (1714–1837), encompassing the last 25 years or so of George III’s reign, including the official Regency, and the complete reigns of both George IV and his brother William IV. It ends with the accession of Queen Victoria in June 1837 and is followed by the Victorian era (1837–1901).

The Marble Giallo Siena is one of the most beautiful, prestigious and details marble that are mined in Italy. It’s characterized by a yellow background color is dark and heterogeneous due to the presence of grains with shades ranging from ivory white to light yellow to a reddish yellow ocher and very intense.